The serious food crises of 1973-1974 and 1984-1985 which hit the Sahel countries prompted the various governments to set up food crisis prevention and management systems: Early Warning Systems (EWS).
In Burkina, this system comprises three main bodies:

The coordination and animation of the activities of the early warning system are ensured by the General Directorate of Agricultural Forecasts and Statistics (DGPSA) through the Directorate of the Early Warning System (DSAP).

The activities of the Early Warning System are currently co-funded by the State, the European Union, the AGRHYMET Regional Center and the French Embassy.
Managing food crises
In Burkina Faso, food security and the fight against malnutrition are among the priorities of public policy texts that guide the action of the Government and its partners. The action plans on Information Systems for Food Security (PA / SISA) and on the organization and coordination of emergency relief and rehabilitation (PNOCSUR) as well as the agreement entitled “general framework of cooperation Partner States ”specify the functioning of the food crisis prevention and management system and the attributions of the bodies which contribute to it, including the SAP in terms of decision support.
The recent food crisis which affected several countries in the region during 2004/05 brought back the alarming observation of high and persistent malnutrition and showed the influence of trade between neighboring countries on the household economy. and market supply. These developments are part of an international context of a sharp reduction in the volumes of food aid, now focused on emergency and rehabilitation contexts, and changes in the practices of traditional donors refocusing their food aid on humanitarian emergencies.
In Burkina Faso, the responses (mainly sales at subsidized prices and food distributions) provided by the system to crisis situations have not changed for many years as humanitarian organizations (IGOs and NGOs) have diversified their interventions. The lack of impact study makes it impossible to assess the contributions of the system to solving food and nutritional insecurity in the areas targeted by the aid. The low volumes committed, especially in 2004/05, indicate that populations rely above all on their own strategies for managing risk in the face of adversity. They are also not consulted on the types of support best suited to their needs. On the other hand, the arrival of organizations specializing in humanitarian aid (NGOs, OCHA, etc.) raises the question of coordination in order to avoid duplication of alerts and responses. The revision of PNOCSUR offers the opportunity for the mechanism to clarify its objectives, to reflect on the suitability of its interventions to the different contexts of food and nutrition insecurity and to strengthen the coordination processes with humanitarian workers. These choices may have an impact on the missions and the methodological and organizational orientations of the SAP.

Diagnosis on the functioning of the SAP: institutional, organizational and financial aspects.

In the past, the SAP has always been attached to the Ministry of Agriculture and, since 2003, it has been established within the Directorate of the Early Warning System integrated into the DGPSA. This positioning promotes the availability of information on the monitoring of the agricultural season and the mobilization of the executives of the Ministry (central and regional) on the monitoring of the food situation. In addition, the dynamism of the DGPSA is recognized by many actors, which has enabled it to attract numerous external funding (Denmark, EC, CRA, BM, France, FAO, etc.), over the past few years, as well as those of the State to carry out the RGA. The DGPSA has high visibility in the national statistical system.
While there are obvious advantages to integrating SAP into HPFB, it may entail the risks of embracing an analysis that is too focused on agricultural parameters. Some SAP analysis tools (cereal balance sheets, coverage rate by province and cereal or food poverty) are closely dependent on the results of the permanent survey.
The adoption of the PA / SISA in 2004 did not influence the institutional positioning of the SAP, which must remain, according to the action plan, a fully-fledged structure fed by the sectoral information sources of the various ministries. The PA / SISA presents a relatively complex arrangement of distribution of the technical coordination and animation activities of food security among many units.
The DSAP was able to find an original model of personnel management. The small number of analysts assigned directly to SAP (a department head and a contractor in 2007) is reinforced as needed by other executives of the Directorate or even the DSA. This flexibility is particularly suited to the operation of an SAP whose volume of activities is variable. In recent years, SAP has encountered great difficulties in retaining its qualified staff over a long period. The departure of one of the executives inevitably leads to a loss of skills. One of the reasons is the irregularity of external financing over the period 2000 to 2007; the State has gradually increased the amount set out in the Finance Law to currently reach CFAF 80 million intended for all of the DGPSA’s activities.
The operating cost of the SAP is difficult to assess, in particular because of the team operation of the entire DSAP (which includes the Information Center) and the sharing of the material resources allocated to the DGPSA. In addition, SAP regularly mobilizes, through its field missions, monthly monitoring in the regions and sectoral information systems, numerous technical skills, the costs of which are not passed on to it.
Over the 2000-2007 period, the level of funding conditioned the volume of activities undertaken, including its ability to be redeployed in the regions. It has also freed itself from the constraint of analyzing the food situation solely on the basis of secondary data by allowing it to collect first-hand information.
SAP technical diagnosis
Numerous statistical and qualitative surveys are programmed by the State and the partners in order to assess the evolution of the parameters of poverty, health-nutrition, education, etc. Permanent mechanisms within ministries or parastatal organizations are also potential sources of ‘information. However, despite this favorable environment, little disaggregated information on a useful scale is available for SAP.
During the years diagnosed, three periods can be distinguished:

As with other CILSS countries, SAP activities are organized according to sub-regional deadlines. An initial assessment of the food situation and provisional targeting of vulnerable populations are carried out in October while the full identification of vulnerable groups is determined in February. During the year, SAP’s main activities focus on the qualitative monitoring of the agricultural season, the determination of the ZARs, the identification of vulnerable populations, the collection of nutritional data and, since 2007, regional monitoring. 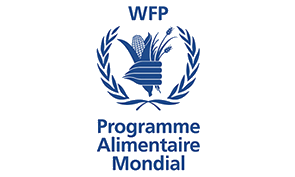 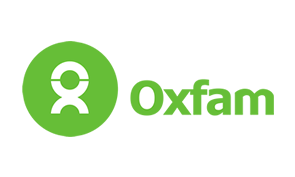 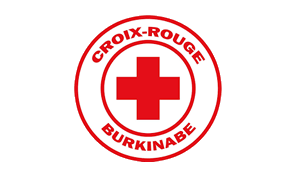 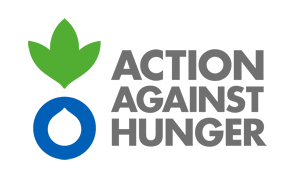 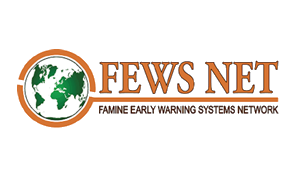